Four tested, four passed! A happy day for everyone. 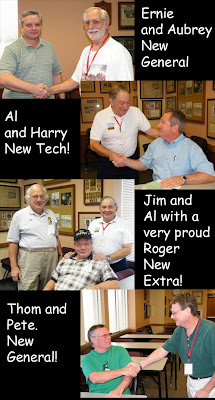 Next, Al, K2RXD, congratulates Harry on passing the Technician Class Exam. Great work Harry. Be sure to join us on the net this coming Thursday and show off that new call sign.

Last but not least, Thom, KF4I, congratulates Pete, N2OCF, on passing the General Class License Exam. Despite some health issues, Pete never gave up, and his persistence and hard work paid off.