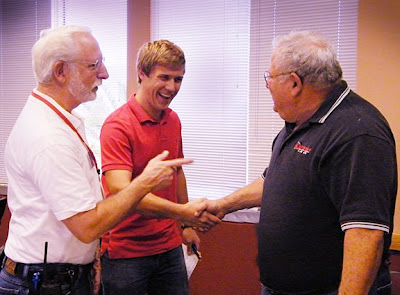 Pryor and Geoffrey congratulate each other as Ernie KG4YNI looks on. Pryor passed his Technician, while Geoffrey passed both his Technician and General in one sitting. Supper job guys! Those hours spent studying paid off.