Patently Obvious– we have a new General 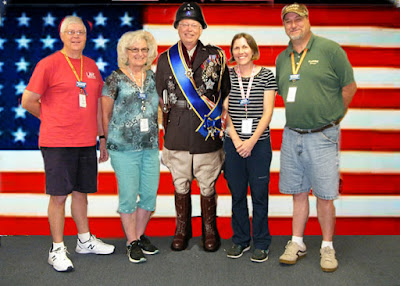 John KN4NTK has once again distinguished himself by passing the General Exam. Only last month he took and passed the Technician Exam. Nice going John. I especially like that pearl handled revolver. Nice touch.

We Also Have a New VE 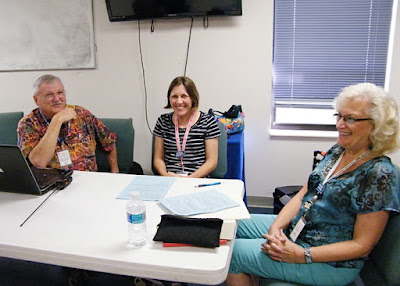 Normally we only feature those who have acquired a new license, but this time we need to make note of a brand new VE, who recently became an Amateur Extra Class licensee. Congratulations Aimee KM4STT for joining the VE team, and thank you for giving back. 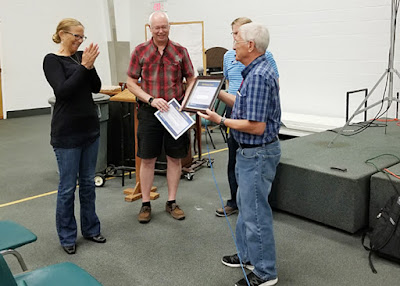 The ham who makes first contact with a new ham can apply for a certificate to commemorate the event. Not one but two First Contact Awards were handed out at this meeting. Bob Doherty presented one to John KN4NTK, who also passed the General exam earlier in the evening. Bill Johnson presented the second First Contact Award of the evening to Michelle KN4FRA. Way to go the both of you. 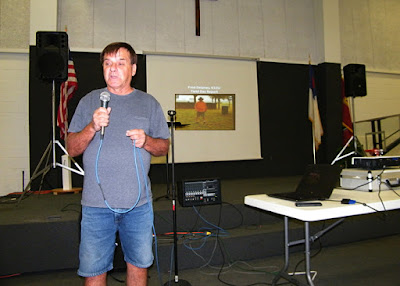 Fred summarized our position on Field Day 2018, comparing our results this year with last. The club is holding its own. 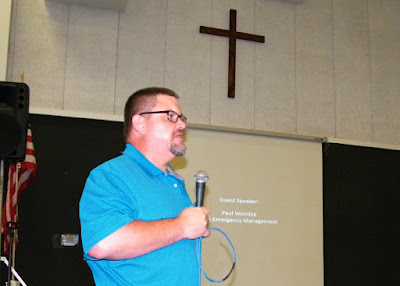 Our guest speaker this evening was Paul Womble Paul is the Polk County Emergency Management program director. In addition to the overview of his responsibilities, Paul, also a ham, emphasized the roll Amateur Radio plays in an emergency.

LARC guest speakers continue to draw large crowds. Club meetings reflect the three pillars upon which the club is based, Education, Service, and Comradary. 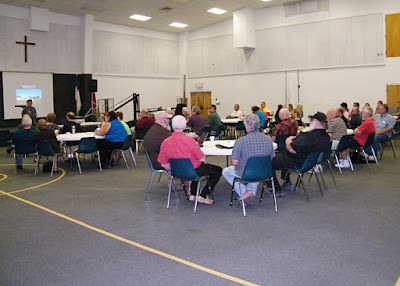 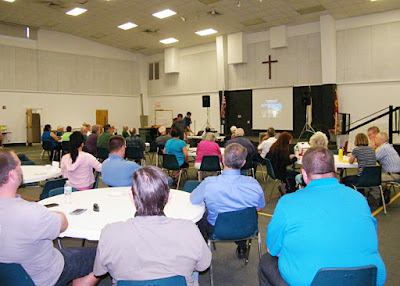