Our regular monthly meeting scheduled for September 2nd will be canceled due to weather. More information will follow after the storm passes.
The following information is current as of Thursday 9/29/19

Strengthening is forecast over the next few days, and Dorian could be become a Category 3 storm on Friday. 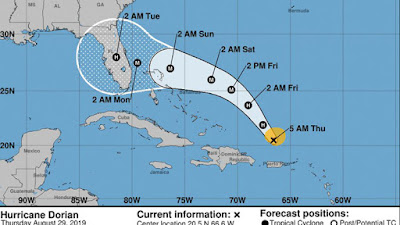 As of 5 p.m. EDT on Friday, Dorian’s center was some 20 miles east of the northwestern Bahamas and about 595 miles east of West Palm Beach, Florida, the hurricane center said. Dorian was moving at 9 mph and had maximum sustained winds of 115 mph. 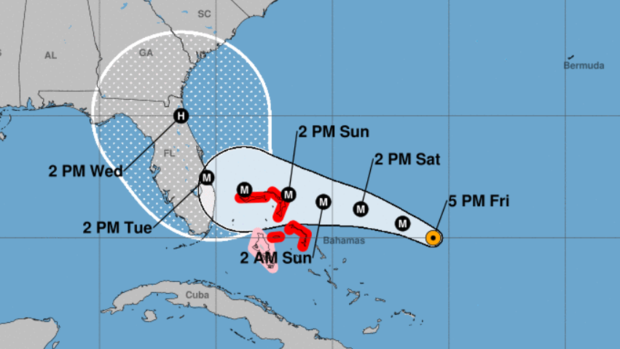 The state’s east coast from Fort Lauderdale up to Cape Canaveral and inland to Orlando are still within the three-day cone of uncertainty, though. The five-day projection includes even more of the state, but the consensus path now has the storm headed for landfall near the South Carolina and Georgia border.
Florida Gov. DeSantis, though, cautioned that the storm paths will continue to change and that Florida residents need to be wary.
“There is still significant chance of a strike on the state of Florida,” DeSantis said during a briefing at the Emergency Operations Center this morning. “Anyone inside of that cone needs to be prepared.”

As of Saturday 11:00 PM Saturday the forecast is for Dorian to track North with its center staying over the Atlantic as it passes Florida. Good news for us. 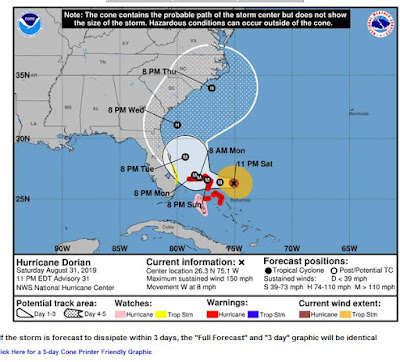 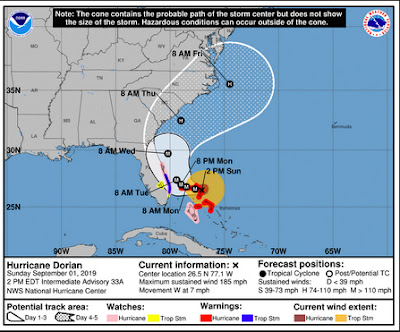 Monday AM.
Dorian continues on a path that would put its center off the Eastern coast of Florida. At this time is does not appear to be a threat to central and western Florida. Current projection is for the storm center to be well north of us by Wednesday night and Thursday morning. 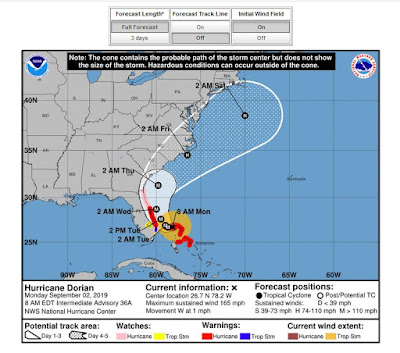 And the forecast is for the storm to remain off the coast as of late Monday. 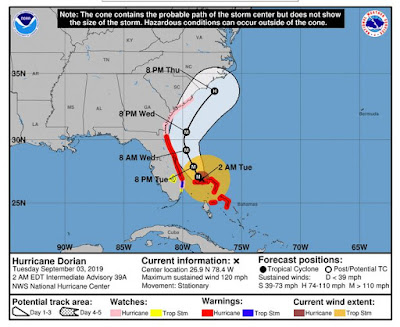 Well goodby Dorian, at least as far as we are concerned! 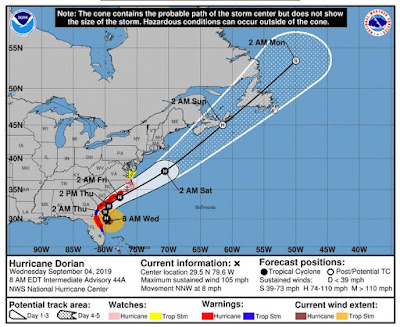