Passing the Technician’s test as a fourth grader is pretty impressive in itself. More impressive still is someone with the courage, determination and persistence to get back in the game after failure. Ram is a model for all of us. In life, few worthwhile things are ever easy. Challenging accomplishments are the ones most valued. More often than not, great discoveries about the outside, as well as our inside world, are the result of things not going according to plan. Congratulations Ram for showing that you know the material and passed, this time with a near perfect score. Thank you for giving us an example of courage, determination, and persistence. You are an inspiration to all of us, a model for doing it right! 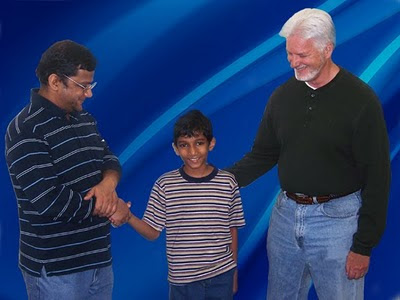 Mr. Prakash and son Ram with Jim KG4YJJ , Ram’s teacher. It is hard to say who is most proud or most happy. 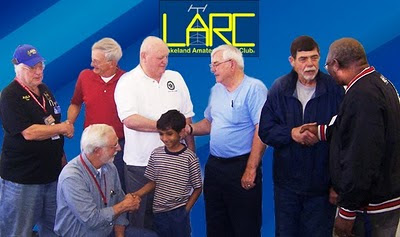 Ernie KG4YNI far left, and Jim AI4LE far right are seen here with Bill KI4ZMV congratulating Landon KI4QVZ, a new Extra. Also present, and taking the picture was Bob WA4YFN. Thanks for helping out in a pinch Bob, but you might want to get that camera of yours looked at. 🙂 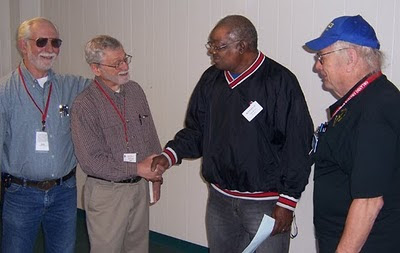 At the same time testing was underway, other club members were supporting the Kathleen Historical Society event. Bob K2EUH is pictured here trying out for club photographer with Fred K1DU looking on. 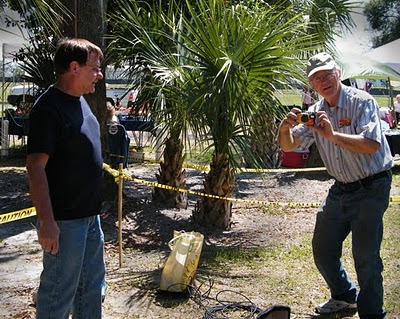 Fred K1DU is seen here tuning a new antenna design. My guess is that we will hear more about this one in the future. 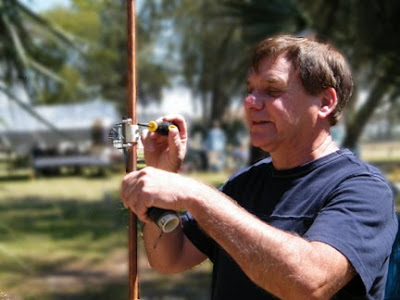 Others present at the time but not shown were Webmaster Mike KT2T, Joe AD4IH, wife Pat AI4OP, and Bill KI4ZMV.