All things considered the Club’s participation in our first National Parks On The Air event was a success. Apparently regulations by state vary, and in Florida, Hams are not counted as an endangered species.

Thanks to good old Ham ingenuity the day was saved by utilizing vehicle mounted antennas, in combination with some creative cabling between them. The good news is, in spite of the chilly reception, and the very windy and chilly weather, we all had a great day. 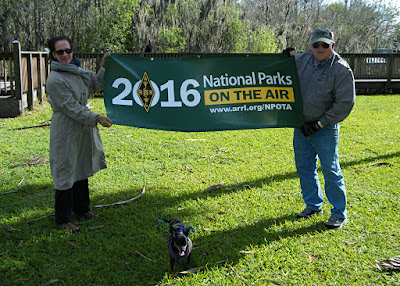 Brenda and Rich Hold up the NPOTA signage, while trusty dog Squirt poses for the camera. 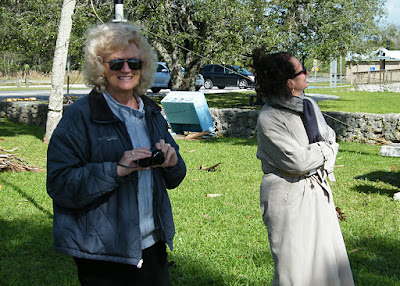 Peggy and Brenda watch as the Antenna’s go up. 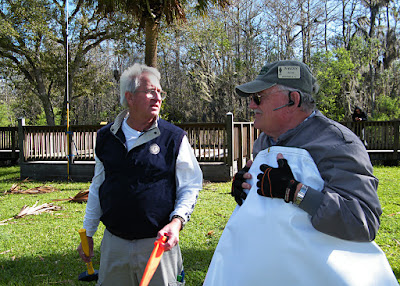 Rich wraps himself in the NPOTA banner to protect himself from the chill in the air, as Mike makes secures the mast that will hold his inverted V. 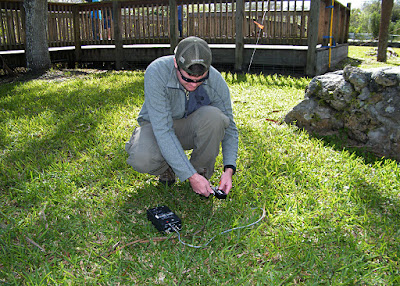 Matthew makes some last minute adjustments to his antenna. 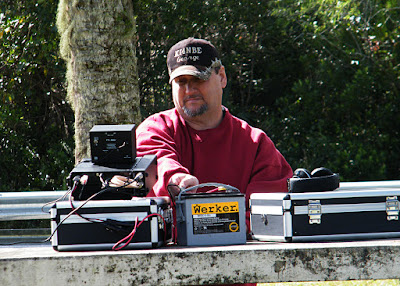 George hit the ground running. He was first to be wired and ready to go.

And then, we met the park ranger. 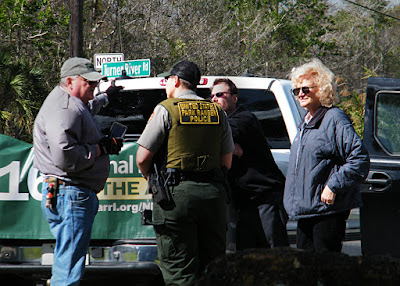 She was polite, but firm. No erections in the park without a permit. This was a real disappointment. Everything had to come down. In keeping with tradition, we followed Ham Radio’s Rule #2. “When all else fails, have a picnic.” 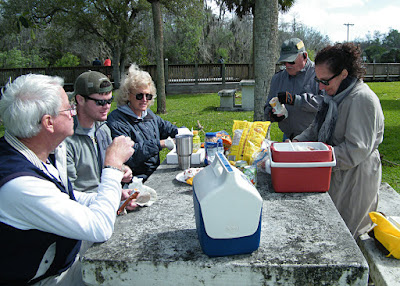 Around the table in clockwise direction we have Mike, Matthew, Peggy, Rich, and Brenda. Bill is holding the camera. George and George opted to call it a day when they learned they could not set up.

During lunch, the group formulated a plan that was both within park rules, and afforded them the opportunity to make some contacts. They moved to a different section of the park, and were able to share one mobile antenna by connecting it via coax to a second. A creative solution that allowed everyone to play.

They say, in life, it is not the difficulties you face, but the way you deal with them that reveals what you are made of. We braved the wind, cold, and even chilly reception, and still had a great time. Oh, and well over a hundred contacts!