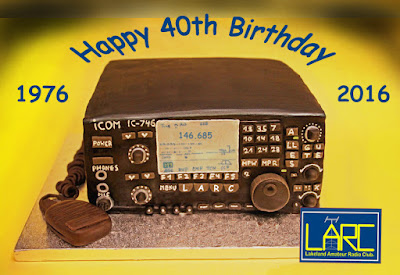 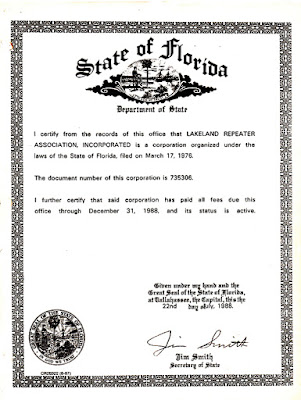 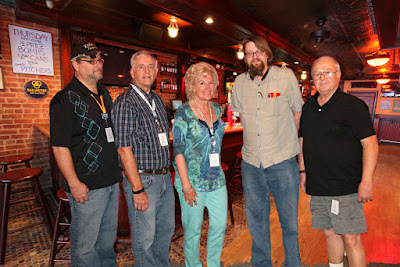 Congratulations John Miller KM4QVY. You are now a Tech. Enjoy the privileges, and hurry back to take the General. Surrounding John are the usual suspects, George, Ron, our VE Coordinator Peggy, and Al. 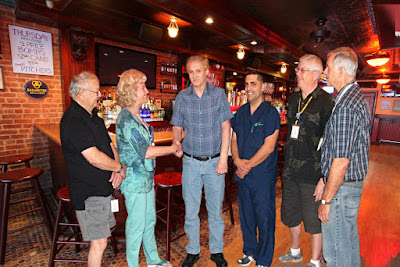 Congratulations Edward Grodski KW4QF a new Extra, and Wilmar Barrameda KM4QVZ a new Tech. Great job to the both of you. Don’t be strangers. Come on back and visit us again.
Left to right, Al, Peggy, Ed, Wilmar, Richard, and Ron. 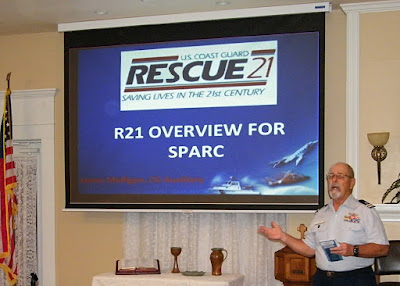 Commander James Mulligan was the main speaker of the evening. His topic was radio communications in the US Coast Guard Auxiliary. James explained how state of the art radio technology was able to keep our waters safe. 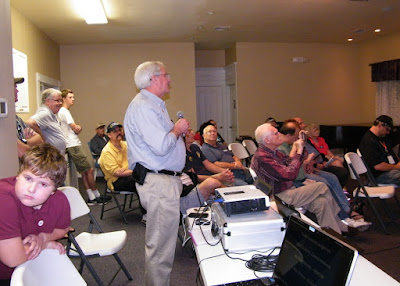 Mike Shreve gave an interesting presentation on using the website websdr.org . Feel free to click on this blog to experience something unique.

WebSDR is a Software-Defined Radio receiver connected to the internet, allowing many listeners to listen and tune it simultaneously.SDR technology makes it possible that all listeners tune independently, and thus listen to different signals; this is in contrast to the many classical receivers that are already available via the internet.

WebSDR was first conceived as a means to make the 25 m radio telescope at Dwingeloo available to many radio amateurs for EME reception. In order to test a preliminary version of the software without using the 25m dish, a shortwave WebSDR was set up on Christmas Eve 2007 at the radio club of the University of Twente. After further development, its existence was publicly announced in April 2008. Interest for the project has been large since then, and many amateurs worldwide have expressed an interest in setting up their own WebSDR server. In November 2008, a beta testing phase has started with a few selected stations. By now, the software is made available to anyone serious about setting up a server; see the FAQ for information on this.

A WebSDR server consists of a PC running Linux and the WebSDR server software, a fast internet connection (about a hundred kbit/s uplink bandwidth per listener), and some radio hardware to feed antenna signals into the PC. This radio hardware is typically a quadrature mixer connected to the PC’s soundcard, like the popular SoftRock kits. 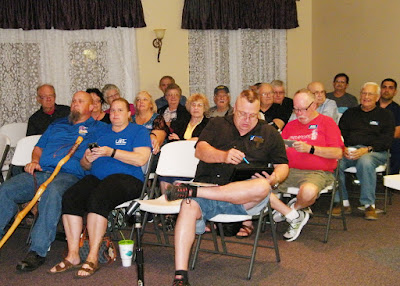 There were 50 attendees at this month’s meeting. This is a normal number, and included several first time visitors.

Once In A While It Is Good To Say Thank You 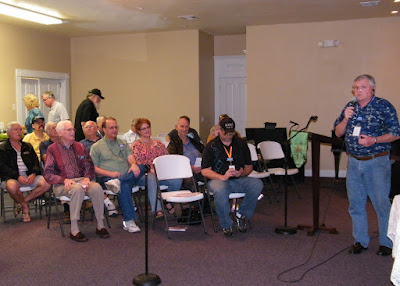 A lot of work goes on behind the scenes to bring you programs each month. At times it requires a good deal of imagination, creativity, and often a good deal of luck. Before this evenings meeting, there were government forms to fill out in order to secure our speaker. Government contacts were also required prior to our first NPOTA event. While our first go at NPOTA was not a total success, it was hardly a failure either. In no small way it was the result of the planning and prep work that preceded it. I for one was impressed with our member’s resilience under very adverse conditions. But then, isn’t that what hams are supposed to be known for? 🙂

Thank  you Rich for all you do.