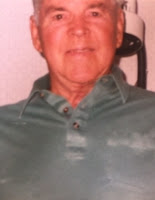 The Reams family announces the celebration of the completed life of Calvin Edward Reams who was born on September 11th 1924 and passed away on February 10th 2017 He is now with his late wife Idalee Brouillette to whom he was married for 51 years.

They had two children Calvin Edward Jr. and Mary Jeanne plus three grand children and one great grand child.

He was a WWII Veteran and fought at the Battle of the Bulge.

After the war he worked for General Telephone first as line man and later in management. He was a life long Mason and a ham Radio operator.

To send flowers or a remembrance gift to the family of Calvin Edward Reames, please visit our Tribute Store.