Jeff (Luther) James passed away Friday, May 12th. He was preceded by his wife Barbara Jean James nearly one year to the day. Jeff is survived by his son Glenn and his daughter Vicky. There will be an informal service Saturday, 10 AM – 12:PM at the Gentry-Morrison Funeral Home 3350 Mall Hill Dr, Lakeland, FL 33810. 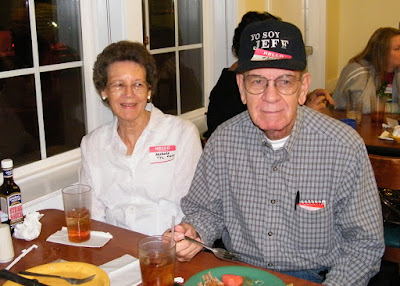 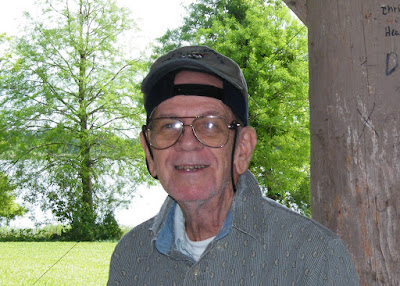 Jeff “two hats” James
We will miss you.

LAKELAND – Luther ‘Jeff’ J. James, Jr., 83, passed away at his home on May 12, 2017, surrounded by his family. Jeff had fought a long battle with Alzheimer’s disease. Jeff was born and raised in Lakeland, FL. He was married for 60 years to Barbara Britt James, who preceded him in death on May 15, 2016. Jeff graduated from Lakeland High School, Class of 1952. He served in the United States Army, being honorably discharged from the U.S. Army Reserves after attaining the rank of Sergeant. He worked 41 years with the railroad, retiring from CSX Transportation in 1996.

Jeff is survived by his daughter, Vicki Spears of Lakeland; son Glenn James (Mary) of Polk City, FL, granddaughter Brittany Spears of Newport, NC; and 26 nieces and nephews. In addition to Barbara, he was preceded in death by his parents, L.J. and Clemmie James; brothers Dewey, Howard, Vernon, and Marshall; and sisters Daisy Blondena, Gilda, and Evelyn.