We have several new Hams and Ham upgrades!

LARC had a very busy testing day. There were seven successful candidates: five Techs, one General and one Extra.Congratulations to all. 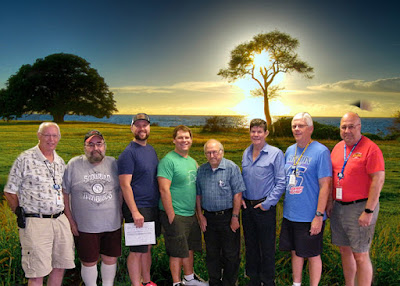 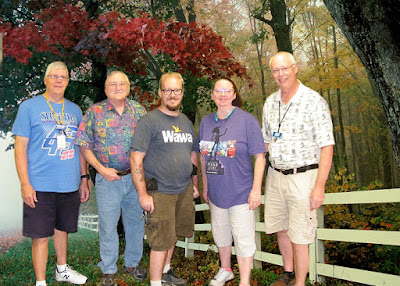 This months Show and Tell featured two mini exhibits. The first was a demonstration of reading barcodes using the same hardware and software the club uses to take attendance every month. The second exhibit was Darrell Davis’s Go Kit pictured below. 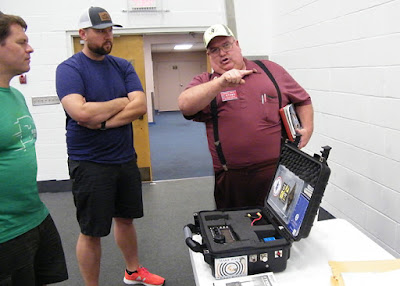 Can anyone out there hear me?

We have all asked this question from time to time, especially with band conditions being what they are these days. Our main speaker for the evening, John Leahy KK4ITX, has an answer. John spoke at length on WSPR Net, the tool he uses to determine both band conditions as well as antenna effectiveness. WSPR Net, is a series of listening stations dispersed through out the world. By sending a signal packaged in a specific way and using special software it is possible to determine which of the WSPR stations received your signal. From their location you can then determine both band conditions and the effectiveness of your equipment. Because the system updates frequently it is possible to make meaningful comparisons, for example between two antennas tested minutes apart.

A graphic from John’s presentation demonstrates what is possible. His presentation in entirety can be found on the club’s website at .LARC General Meeting Notes 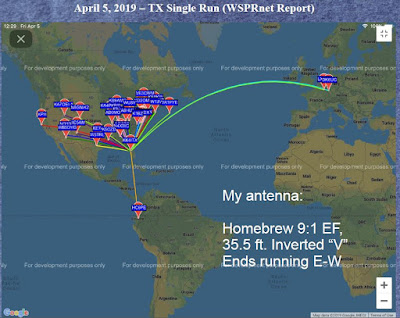