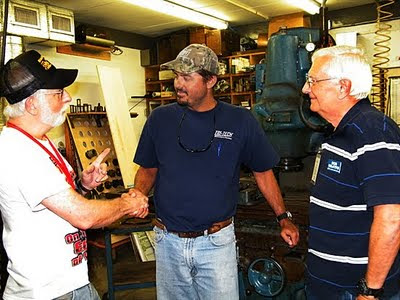 Jason Hibbard is seen here being congratulated by Ernie KG4YNI and Bob WA4YFN. Jason just earned his Technician’s License, and plans to follow in the footsteps of his grandfather, now a silent key. He has fond memories of the hours spent as a young child with his granddad, as he worked the radios in his shack. Perhaps someday he too will pass the enthusiasm for the hobby to the next generation.