Although the weather forecast suggested otherwise, Field Day 2012 was an unqualified success in just about every measurable way. The Lakeland Amateur radio club is all about Service, Knowledge, and Comradery, and all three were present on this occasion. Field day is all about being prepared in case of an emergency in order to serve as communication support where needed, regardless of the weather. There was training on PSK-31, a relatively new form of digital communication. Finally, judging from the turnout in the face of a grim weather forecast, it is obvious that a little rain can’t dampen this clubs spirit of comradery.

As in years past, both the Lakeland Police Department as well as the Polk Sheriff’s Department were represented. Bill LePere, the new City of Lakeland Communications Director was present. Also representing LPD was Officer Farley. The Polk County Sheriff was represented by Captain Andy Ray. Outgoing County Commissioner Sam Johnson came by, as well as candidate for County Commissioner Richard Castret.

This year was a first in many ways. One of those was our providing testing during Field Day. I am happy to report that four of the four candidates passed their exams. The Amateur Radio community now has two more Extras and two more Techs. Congratulations to all of you. 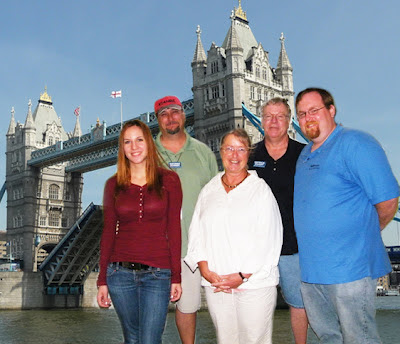 One of our graduates is from Jersey; not the New but the Old, so we picked a British theme for this months graduates. Pictured from left to right are Natalia Globa (new Tech), VE George KI4NBE, Fay Barber (new Tech and also from Jersey), Patrick KI4CDY (club president), and Bill LB3CCJ (new Extra). Also present but not pictured were VE and former club president Ernie KG4YNI, VE Bill KI4ZMV, and John KK4EBR (new Extra).

And last but not least, here are the pictures of you and your fellow hams at Field Day 2012. I did my best to include everyone at least once in the ninety plus images. If I missed you, I apologize.