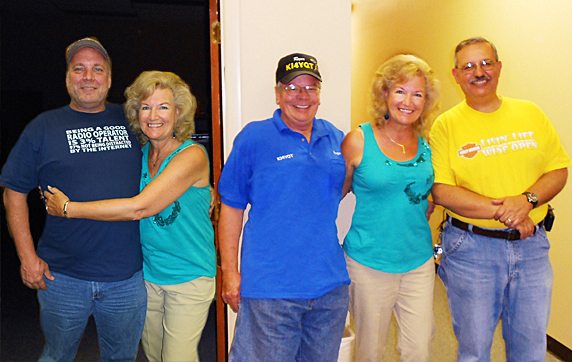 Peggy hugging Judson, KJ4IDH, after he told her that she passed her Extra Class license examination on Saturday, 6/1/2013. Peggy hugging Roger KI4YQT to her right and Mike KK4LEO to her left.
The test was offered by the LWRA Club at the Winter Haven Red Cross building. Three people passed examinations this morning. Two were newcomers to the hobby. Each passed their Technicians Class test. Peggy passed her Extra Class test.  When asked why she didn’t wait until the club meeting on Monday, she said “I was ready, and waiting would have driven me crazy.”